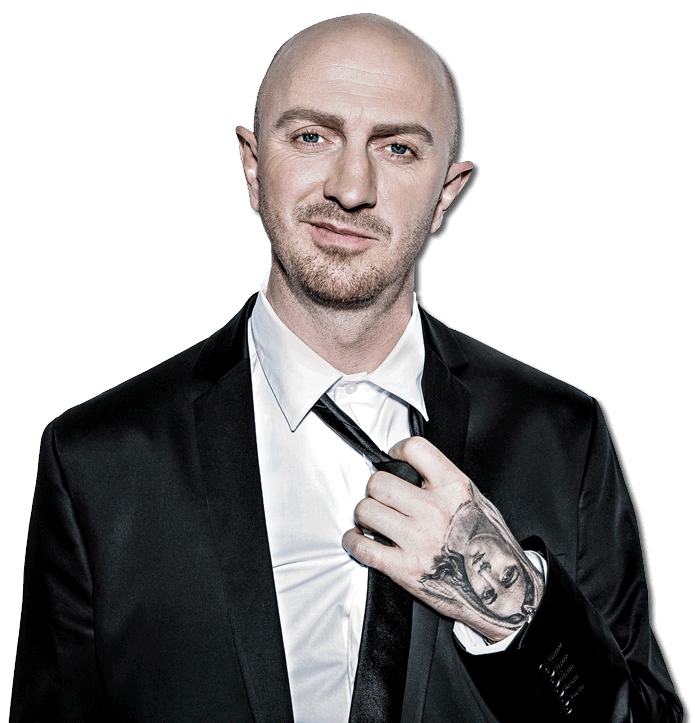 Andy Engel, who is today known as one of the world’s best tattoo artists of photorealism, was born 1972 in Tiefenstockheim, a tiny village of 180 inhabitants in Bavaria, Germany. His father’s work as lock- and blacksmith with its craftsmen skills and creative commitments affected Andy’s creative success and qualities.

At the age of 17 he has been a drummer and founding member of his first cover band „PARADIZE“ with which he had around 100-120 gigs per year in Germany, Austria and Switzerland with up to 8,000 visitors per show. Although being trained as gas fitter and plumber, he had already known that his future life and career will be affected by his creative passion. As fate had willed, in 1994 Andy (then aged 22) was told about a tattoo workshop. After completing it, Andy was shown by his friend how to bring color under the skin while working clean and sterile.

Just like it had been with his music career before, Andy wanted to get perfect in his work. He didn’t just want to tattoo – he wanted to become one of the most famous tattoo artists and also wanted to see pictures of his tattoos in magazines. In 1995 he opened Andy’s Tattoo and Piercing Studio in Kitzingen. It didn’t take long until his passion for photorealistic tattoos emerged. Customer demands increased so much that in 2004 Andy decided to dedicate all his heart to tattooing – and quit his music career.

Because of the quality of his works Andy had already been able in 1999 to establish contacts within the international tattoo scene.
During the first conventions, notes had been compared, experiences, techniques and tricks had been exchanged and Andy became “part of the travelling tattoo family”. His love to tattoos, hard work and many visits of national and international tattoo conventions as well as continuous learning and improving let Andy gain a lot of experience.

At the international tattoo convention in London in 2007 Andy met Bob Tyrrell, an expert in portraits and realistic tattoos, with whom Andy could not only exchange experiences but also became close friends and musician buddy. It was Bob who reminded Andy of his love to music and so they started with other tattoo colleagues to play music in a “tattoo band” at several different international tattoo events.

He did not only receive credit by well-known colleagues from all over the world, so far Andy has also been announced as one of the best experts for photorealistic portrait tattoos by 23 different tattoo trade magazines. Even well-known German magazines like “FOCUS”, “BRIGITTE” or the Austrian “IN-STYLE” featured articles about Andy Engel.
Andy Engel is not only popular in Germany but is also frequently getting booked by the best and most famous tattoo studios and tattoo conventions all over the world (e.g. Las Vegan, Los Angeles, Florida, Barcelona, London, Milan, Australia, China, India, Brazil, Switzerland, Austria)!

That’s why a big part of the media found out about Andy Engel’s art and since 2008 they honor his works with frequent reportings on different Central European TV channels like DMAX, RTL, RTL 2, Kabel1, VOX, SAT1 and Pro7. By the way: Andy was the first tattoo artist to write professional blogs with topic “tattoo techniques” for the channel DMAX.
Also the producers of the popular German TV show “5gegenJauch” with the popular and well-known show master Günther Jauch honor Andy as “the expert” of photorealistic 3D tattoos and brought him into the show in 2014.

In Mai 2015 Andy and his tattoo artist Florian Zimmerer could be seen in the TV show “The Big Surprise” where he also showed his acting talents by letting Flo face his biggest nightmare!

In 2008 Andy Engel also was the first tattoo artist to expose himself to the subject “Mamilla Reconstruction”. If it’s possible to tattoo photorealistic portraits, it must be possible to help women that have to suffer from missing mamillas after breast cancer treatments, by reconstruct them in photorealistic 3D optics. A word and a blow!
After a hospital in Würzburg heard about this, they offered to work together with Andy as cooperation partners. After a while several other clinics and universities got to hear about their extraordinary results and since then have been sending their patients to Andy to get help with this important kind of “tattoo” so they can finally feel “whole” again.

The uniqueness of his tattoos – which combine technique and passion – was also in such great demand among his colleagues that Andy was booked for domestic and abroad advanced courses. In 2010 Andy released his first DVD “Black N Grey Portrait with Andy Engel” which shares his techniques for perfect portraits with his tattoo colleagues. Because of its big success he released his second DVD “Fur structure” in 2011 which just built on the big demand of the first DVD.

Shortly after this release several bigger companies and banks showed interest in Andy Engel. Bigger sponsorship deals with a German bank (Volks- und Raiffeissenbank), an American aftercare company (H2Ocean, Florida) and the well-known US fashion label “Sullen Clothing” followed. Of course he also made different designs and drawings for them.

Also in 2011 he became the face of „INTENZE Products“, the company of Mario Barth which is the world’s leading producer of tattoo ink. These relations went so well that they decided to develop and produce an ink set for photorealistic tattoos and especially for “mamilla reconstructions”. The “Andy Engel Color Set “Essentials” by Intenze is available since October 2014 and according to Mario Barth the demand for it is huge.

Another highlight was the new tour of „Rockstar Energy Drink“ in 2014 for which Andy designed a limited edition can.

In his latest project Andy became the face for the new jewellery collection “Rosetattoos” of the German company J. Fischer & Sohn KG from Pforzheim for which he also made several designs and has been conquering the jewellery market since November 2014.

Andy is also the celebrities’ no.1 address for tattoos – amongst others an Arabic prince already let Andy be flown in several times and famous music stars like Chester Bennington from Linkin Park are his customers and friends!

For the future we can be sure to hear and especially see a lot of Andy, whose wife Corinna gave him a little son in July 2014.

We all are looking happily into the future with Andy and are excited about what will happen next! 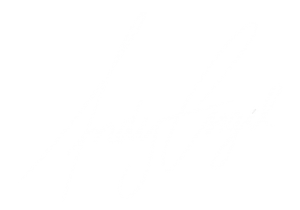